Pedrinho Augusto was born in Brazil’s Federal Capital, where he began his studies at the age of ten. A professional musician, drummer, percussionist, and educator, he has a bachelor in Music Education at the Universidade de Brasília and a Masters in Jazz Performance at the University of Louisville (KY).

His versatility and musicianship are evidenced by the diversity of artists that he has had the pleasure of working with. Pedrinho has collaborated with such accomplished artists as Delfeayo Marsalis, Doc Severinsen, Michael Pipoquinha, Victor Wooten, Phil DeGreg, Carmen Bradford, Pedro Martins, Dominguinhos, Marcelo Barbosa, Thiago Espírito Santo, and Gabriel Grossi, among many others.

Since 2016 Pedrinho is been more active internationally. As a performer, and/or educator he has been in Germany, Brazil, United States, Spain, Colombia, and Ecuador. He is now living in Spain and is enrolled at Berklee College of Music in Valencia pursuing a Masters in Contemporary Performance (Production Concentration). 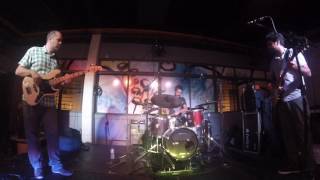